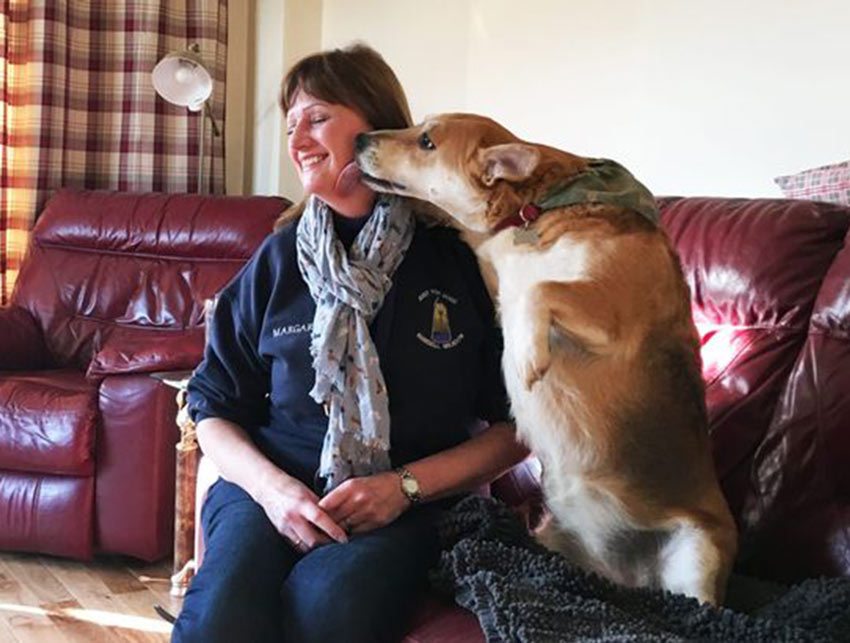 Article Courtesy of Wendy Roberts of the Derby Telegraph

Margaret Smith had planned to slow down her dog rescue centre and enjoy quieter times with husband Doug.

Then a surprise letter turned everything upside down for the 60-year-old dog-lover.

Her charity – Just For Dogs Rescue and Re-homing Centre in Mansell Meadows near Ashbourne – was set to inherit more than £400,000.

“It was everything we’d dreamed about – even though I had planned to be less busy,” said Margaret, who set up the charity 21 years ago.

Margaret didn’t get time to kick off her wellies. Two years later, the money has been spent on bespoke kennels with underfloor heating, spacious pens and views of green paddock – and they are almost complete.

“The money has been amazing even though it’s nearly all gone,” said Margaret. “But it was a complete shock to be left this amount of money in someone’s will.

“The woman, who lived locally, had visited me once.

“She was grateful that we’d been able to match her with a small dog. When she drove out of the yard, she hit the fence down and that’s how I remember her.

“She was upset about the damage but I didn’t care. We’d not long moved here and everything was in a right state.

“In fact, I remember me and the kids laughing about it when we saw what she’d done.

“Apparently, as she drove away, she told her niece, who had come with her, that we were going to ‘get some’ when she died.

“I didn’t hear this. I had no idea that she was so wealthy.”

Every single penny the charity received in the bequest has been ploughed into the new purpose-built kennel.

And, as for retiring – or just taking it slightly easier – Margaret and Doug are busier than ever. They’ve had to put every ounce of energy into the new project to make it as perfect as possible. And it’s looking good.

“We couldn’t start the build straight away as we had newts and they are protected species,” explains Margaret.

“So, while we sorted that out, we planned how the new place was going to look.

“It was so exciting. I was so happy that the rescue dogs would have a decent place to live. We’ll be creating an office, a laundry and an end-of-life kennel, with comfy chairs.

“It’s just fantastic and this women has done so much to help us.

“When the shelter is completely finished, I’ll be putting up a plaque so everyone knows who made this possible.

“I guess she was an animal lover, just like me. And I hope she’s looking down on us with a smile of approval on her face.”

When she was just eight month old, her parents bought a German shepherd called Jackie, and Margaret says she “loved the bones” of it.

Her parents ran a busy transport café on Nuns Street and Margaret was fascinated by one of their regular customers.

She explains: “He was a homeless guy, all scruffy and dishevelled. But every day he came in for a cup of tea and a slice of cake.

“He pushed a pram and in it was an old whippet, with a rope for a collar.

“Every day, I watched him share his cake with this old dog. I was only a little girl but I could never take my eyes off him.

“I think I knew then that I’d spend my life with animals.”

Margaret enrolled on a shorthand and typing course when she left school. She quit before the end and landed a job at the local vets as a Saturday girl.

“I loved it,” she said. “And soon I got a full-time job and was doing all kinds of things like clipping the dogs.

“I was so happy there but then the owner got sick and she was forced to close it down. She also had to find homes for the collection of dogs she owned.”

Despite living in a rented two-bedroom terraced house off London Road in Derby, Margaret agreed to look after six spaniels.

She said Doug had to plead with the landlord about keeping the dogs.

Margaret said: “We told him that we only had three so I had to walk them in shifts because the landlord lived nearby.”

Around this time, Margaret started clipping dogs from home and later she got a shop on London Road.

“It was brilliant,” said Margaret. “Doug was an HGV driver and but, when he lost his job, he came to help me.

“We turned part of the shop into an off licence and a greengrocers and I kept a bit at the back for my dog grooming.”

Years later, the couple moved to where they are now to take over the running of a boarding kennel business.

And, after that, they set up Just For Dogs – a charity organisation to rescue and rehome unwanted dogs. It celebrates 21 years this year.

“It’s been a blast,” said Margaret. “Being here has been hard work – and wonderful.

“We’ve had four children. My parents came to live here and we ran the business to be best of our ability.”

“And, when the rescue centre got full, we took dogs into our home. We had 10 once – it was crazy.

“But that’s how I wanted it. I love dogs and I always do everything in my power to rescue them and find loving homes for them.

“I couldn’t do it, however, without the help from Doug, and our children, the staff and all the volunteers. Thank you everyone.” 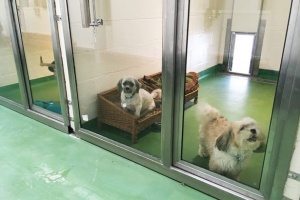 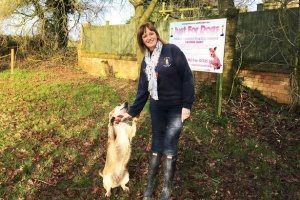 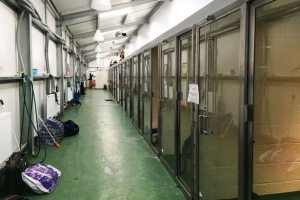 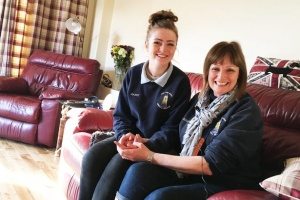 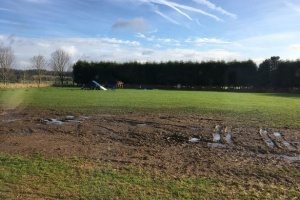