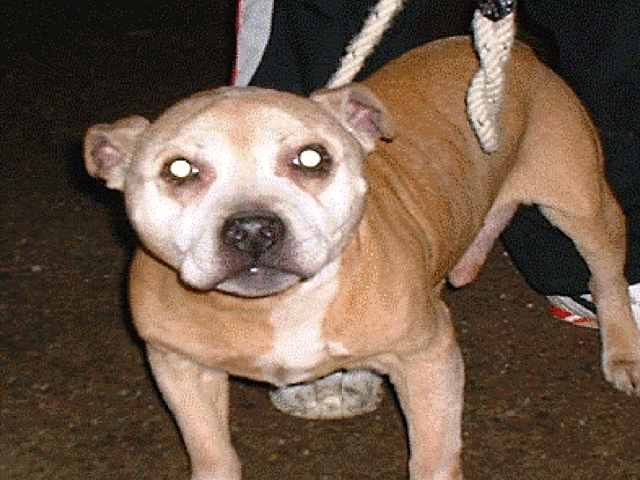 Sadly Joe arrived at JFD to late to be helped, a large tumour in his groin had been left for to long. JFD immediately had the tumour removed but tests proved it to be of the ‘very aggressive kind’.

Joe was given just weeks to live.

He was immediately taken into the home of Trish Godfrey, chairperson and voluntary worker for JFD. He very rapidly stole his way into the familiy’s hearts. He had his own settee in the kitchen where he snuggled up by the warmth of the aga cooker and contentedly snored away. He had an array of toys which he loved to play with – even stealing toys belonging to the four other dogs in the house! On medication and constant TLC Joe lived happily for two months, until mid-April when a rapid deterioration, in Joe’s health became apparent a few days later he died in Trishs’ arms.

We were bitterly upset that we did not get the opportunity to help Joe much sooner than we did; we know his life could have been extended dramatically.