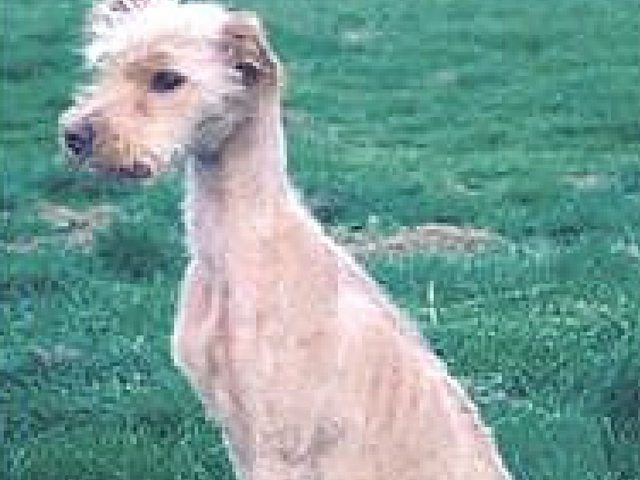 Jessie’s original owners moved out of the house leaving Jessie behind tied to the kitchen table. Jess was left like this for three weeks with her owners returning periodically to collect further belongings. The end of the third week was the last time Jessie saw her owners. Sadly Jessie suffered for a further three more weeks before she was rescued by Just for Dogs.
When found she was extremely dehydrated, emaciated and barely conscious. She had urine burns to her back legs and, eventually became a long flowing beautiful coat, was flea ridden, noxious and extremely matted. In fact it was hard to tell which end of her body was which! When first discovered, Jessie weighed a pathetic 17lbs which was under half her normal bodyweight, it took several months for Jessie to hit the scales at 40lbs!
After only a few weeks at the centre, Jessie was quickly adopted by JFD Treasurer Barbara Walters and was readily restored to health.
With plenty of Tender Loving Care, Jessie made a complete recovery and lived each day to the full, sharing her life with eight other rescued dogs.