Clapper – where it all started 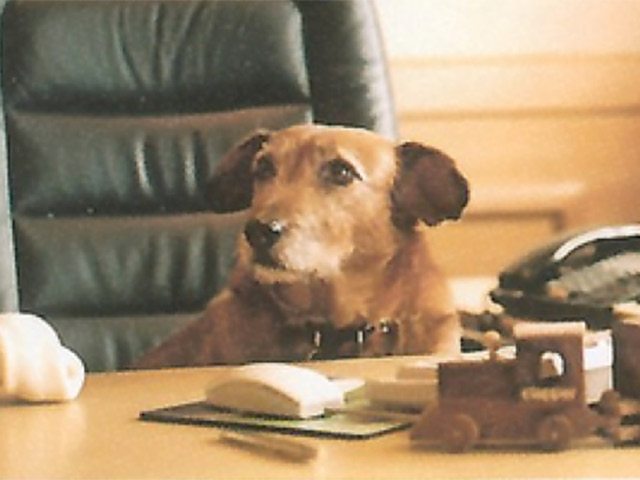 Clapper’s Story As It Appeared In The Sun Newspaper 2004

The Dog that Clapped to save his own skin, his owners company and now to save the rescue centre to whom he owes his life.

Clapper was taken as a stray to the local council dog pound.  The policy was that any dog not claimed within a week was sent to be put down at a local vets.  After a week Clapper’s time was up.  A veterinary nurse arrived at Clapper’s kennel to take him to be destroyed, but as if he had some kind of sixth sense the dog sat up and clapped with his front paws.  The nurse’s heart melted and she knew that this dog couldn’t be destroyed.

The nurse searched for a place to take clapper and eventually found ‘Just for Dogs’ an animal rescue centre that had recently opened.  Clapper was only the second dog the centre had saved and it was him who opened the flood gates for all the other strays who were destined to be destroyed.  Clapper was the first of some 1400 dogs which ‘Just for Dogs’ have rescued.

‘I’ve seen thousands of dogs in my time and plenty of them can do some trick or other, but I’ve honestly never seen anything quite like this before or since’ says Margaret Smith, the owner of the ‘Just for Dogs Rescue Centre’.

Clapper was soon adopted by Mike Baxter and his wife Jackie.  Mike is the M.D. of a packaging company Promopack Digital Studios and Clapper now lives an executive life.  He has become the company dog and mascot.

Having saved his own skin, Clapper helped his owner successfully fight a hostile take over bid.  Clapper was featured on posters in the company and was generally a huge morale booster to all the staff at this difficult time.  Clapper has his own e-mail, business card and even a chair at the MD’s desk.

What’s more he refuses to start the day without a cup of coffee.  All the suppliers and many of the clients know Clapper and they all expect to see him if they visit the company.

Clapper has saved his own skin, helped save his owner’s company and now wants to save ‘Just For Dogs’, the rescue centre in Brailsford, Derbyshire to whom he owes his life.  The centre is facing closure due to lack of funds.  ‘We have huge vet bills to pay already and many of our dogs need ongoing treatment’ says Margaret.  The rescue centre has a policy that no dog in their care will be put to sleep unless it is terminally ill and suffering.  ‘We get a huge number of dogs who are brought to us in some way injured or sick and of course they all need their routine inoculations, as well as spaying and neutering.  As you can imagine this is very costly and we just can’t afford to carry on’.  ‘Just for Dogs’ has run out of funds and doesn’t know where the money will come from to pay for the dog’s food and care. ‘I am now having to admit that we may be forced to close’ she says.

Clapper is determined to help and has launched the ‘Clapper Appeal for Just for Dogs’.   He urges you to send a donation to him at Just For Dogs, North Lane, Brailsford, Ashbourne, Derbyshire DE6 3BE.  You can contact him at: [email protected]

Clappers own story is a truly uplifting one and could be straight from a Walt Disney film.  Help make Clapper a legend and then who knows maybe one day he will be a screen, as well as a real life hero.