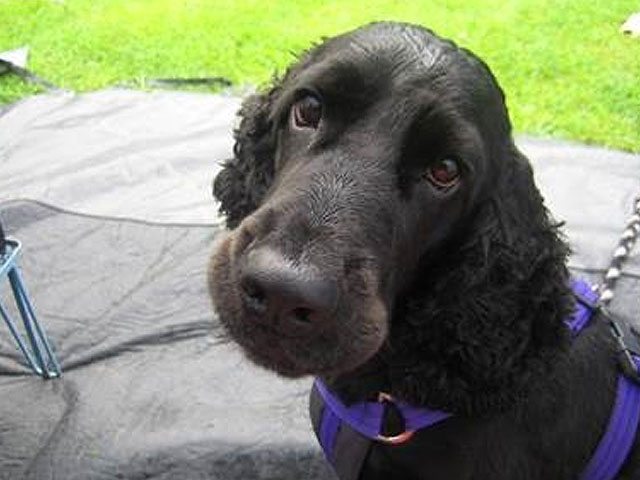 Charlie arrived at JFD in 2009. He requires an experienced owner.

99.9% of the time he is a happy loving and friendly boy. However, there are certain things he hates such as being dried with a towel, being groomed and having his collar grabbed! Charlie has lived quite happily at JFD for over 7 years and has only snapped at one person and that was whilst being groomed. However, he has been adopted and returned to JFD on numerous occasions and has snapped at various owners for the following reasons:

Fourth home – having snatched the tin foil off the roasted beef joint, his owner tried to wrestle the foil out of Charlie’s mouth – not a wise move!

Fifth home – being grabbed by his collar

All the above homes were told the ‘do’s & dont’s’ when handling him but because of his very outgoing and friendly personality they were led into a false sense of security!

If you think you can offer Charlie a loving home please email us by clicking here. Before you email – please take a note of these quick questions that we will ask you when you enquire.