Latest news and views from Just For Dogs, Brailsford, Derbyshire.

Posted by Sharon on 2:06 pm in Dog, Dog Blog | Comments Off on Ocean’s Apart 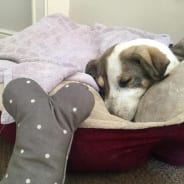 Happiness is adopting a rescue dog!

Thank You to Pets at Home

Posted by Sharon on 2:37 pm in Dog, Dog Blog | Comments Off on Thank You to Pets at Home 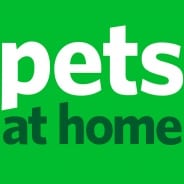 Big thank to the wonderful team at our partnered Pets at Home Store, Kingsway.

Posted by Will Foster on 10:05 am in Dog, Dog Blog | Comments Off on Bullet Bill 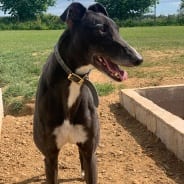 Posted by Will Foster on 9:40 am in Dog, Dog Blog | Comments Off on Riley 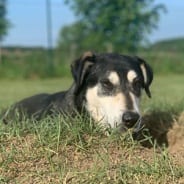 A beautiful soul who has suffered dreadfully in the past. Riley started life as a Sarajevo street dog who was captured by the dog catcher and taken to the cruel kill pound where, it is believed, he was tortured. Thankfully he was saved from certain death and taken into kennels where kind sponsors have paid for his upkeep for many years. Funds were raised to pay for his travel to JFD where it is hoped he can find the loving home he so deserves. On arrival at JFD he was very ‘shut down’ and refused to have any eye contact (photos below)  It was extremely  upsetting to witness. However, time, patience and TLC has seen a massive change in Riley and he is as far as we can get him in a kennel situation. We are now able to slip a lead on him and a secure harness but he is till refusing to walk anywhere with it on. We must stress Riley is NOT a biter and is totally non-threatening –  his spirit has been broken. We now seek a quiet, peaceful home with someone who has the time and patience to continue with his rehabilitation. He will become the most loyal, loving and faithful companion. Having spent years on the streets and in the kill pound means Riley has had to defend himself against other dogs, he has the battle scars to prove this, we therefore are seeking a home where he can be an only dog, as he can be dog-reactive when feeling...

The New Normal for JFD

Posted by Will Foster on 11:55 pm in Dog, Dog Blog | Comments Off on The New Normal for JFD 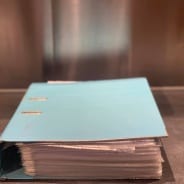 There are some considerable changes happening to the way things are to be run at the centre.

Ellie and Will Hughes

Posted by Sharon on 8:29 am in Fundraising News, Events, Dog, Dog Blog | Comments Off on Ellie and Will Hughes 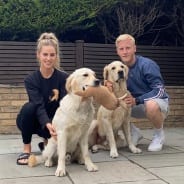