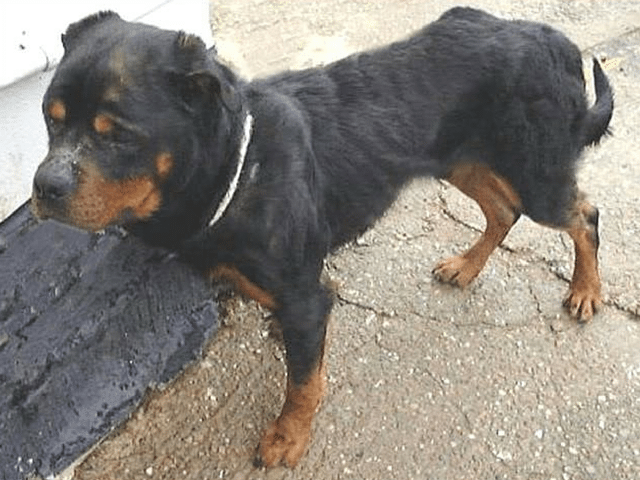 Arthur came to JFD after being discovered in a hedge bottom on a very dark, cold and wet rainy night. He was in very poor condition and upon examination by a vet was found to be suffering from sarcoptic mange and to be weighing just 66lb (hence his name ‘Half-a’ Rottie!). He rapidly gained weight and, after several mange wash baths, he was given the ‘all clear’. This beautiful and gentle natured Rottie was adopted, re-christened Paddington Bear and lived out his life with three other rescue dogs, all from JFD.